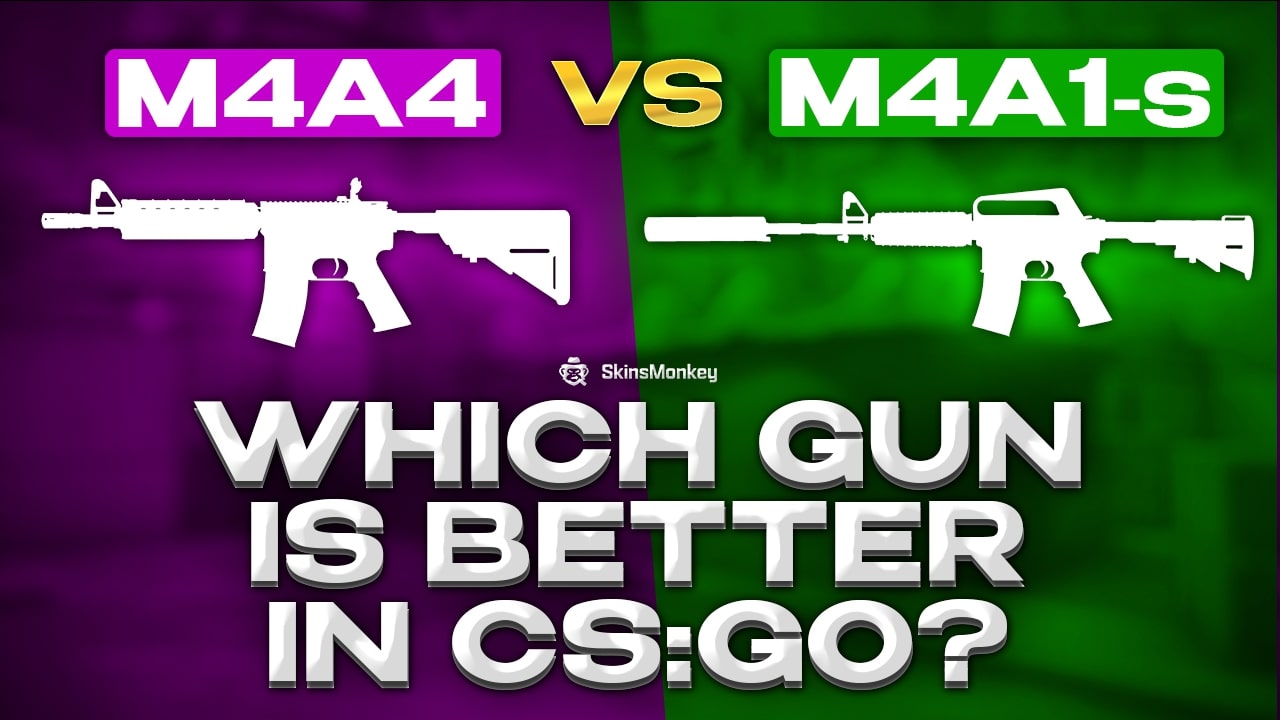 The M4A4 vs M4A1 debate is almost as old as Counter-Strike: Global Offensive. The first of these weapons was included at the very beginning of the CS series, while the second gun appeared in the game in August 2013. Both of them are powerful Counter-Terrorist rifles. To some degree, choosing one over the other is a matter of preference.

However, recent CS:GO patches, such as Operation Riptide, have intensified the discussion around this topic and have given M4A1 fans more intellectual ammunition to defend their case.

In this brief guide, you’ll get a solid understanding of the M4A4 vs M4A1 debate and why the controversy exists.

When you are a Counter-Terrorist, you often need to hold a position and deter the enemy by shooting through smoke or a closed door.

Are the best M4A4 Skins missed in your CS:GO loadout?

In Counter-Strike, Terrorists like to group up and go like 3, 4, or even 5 when they assault one of the two map locations (A and B). Meanwhile, the Counter-Terrorists usually have 2 or 3 people to defend each location. Sometimes less is the case the player died prior to the big moment of the round.

In all of these scenarios, the last thing you want is to reload your weapon at the wrong time because you’ve run out of bullets. And this is probably the biggest reason why the best CS:GO players prefer the M4A4 over the M4A1.

The reload times of the guns are identical: 3.1 seconds.

When it comes to spray control, the M4A1 is arguably the better weapon because of its spray pattern. The gun is easier to control when aiming at a single target. And, therefore, more appropriate in 1v1 situations, especially for beginners.

The problem, however, is that you often have to aim at two targets in quick succession. And the transition of the M4A4 is much easier than that of M4A1.

To some extent, this is a matter of personal preference and skill. If you have 1000 hours with a weapon and just 200 with the other, your experience might make it seem easier to shoot with one than with the other, while in reality, it isn’t. But many pros still report that the M4A4 is an objectively better choice how to aim in CS:GO at more than one target.

One of the main arguments for picking the M4A1 over the M4A4 is the reduced price of the former.

On the CT side, money is always a key factor when buying equipment, and the $200 price difference between the M4A1 and the M4A4 comes into play more often than you would like. And that extra flashbang you could have bought for $150 might have had a big impact.

The fire rate of these two rifles differs significantly. The M4A4 has a rate of fire of 666 rounds per minute, while the M4A1’s fire rate is only 600 rounds per minute. In other words, the former is roughly 10% better than the latter.

At the professional level, this is important not because you’re shooting non-stop, but because once you start shooting, when your rifle has a higher fire rate, your bullets might hit and kill the enemy faster, giving him less time to kill you.

Before the changes introduced by Operation Riptide, the M4A1-S was considerably weaker than it is today. Its body damage got buffed significantly. That’s a strong argument in its favor in the M4A4 vs M4A1-S debate.

Here’s a table showing the damage of both guns, against enemies that have or don’t have armor, when hitting the major body parts.

See also  How to Get the Best CSGO Gloves in 2022? - Complete Guide

Both CS GO guns have 70% armor penetration. In turn, their penetration power is 200. Their average damage is evaluated at 33 and 38. Depending on your aim, the difference might be smaller. If you can land headshots with ease, you don’t need to worry about the M4A4’s leg damage. But if you can’t, each damage number is important.

Most shots are body shots against armored opponents. So a realistic way of estimating the damage difference between these guns is by looking at the first 3 numbers on the Armored column.

Both CS:GO guns are accurate at 28 meters, which is quite a long range. At close range, they’re deadly. The advantage of the M4A1 is that it’s more silent. In some situations, this can play an important role.

When it comes to running, walking, and crouching, the two rifles are identical.

One of the most important factors to consider when choosing between these two weapons is your level of familiarity with each of them. Ultimately, the question is not: which gun is better? The question is: which gun do I play better with?

Your effectiveness as a Counter-Strike: Global Offensive player depends not only on the quality of the gun you’re using but also on your expertise. The M4A1 might be slightly better in certain situations, but if you have little experience, going for the M4A4 will probably work better.

Final Verdict: Is the M4A1 better than the M4A4 now?

These two guns don’t deal identical damage. On the other hand, the M4A1 is considerably better than the other. They also don’t have the same price. At this point, the M4A1 has the advantage. However, the fire rate and magazine capacity favour the M4A4. That’s a major factor to consider.

Ultimately, it’s really up to you to determine what you prefer. Some people like to have more bullets. Others want their bullets to deal more damage. Some pro players from the best teams in the world use the M4A4, while others use the M4A1.

In the near future, Valve might change the balance of these rifles again. But for now, they’re roughly equal in strength. It all depends on your particular in-game situation and preferences. And to end this analysis with a joke, which gun is better? The M4A1 or the M4A4?…

See also  How to Mute People In CSGO? Easiest Method Explained
Similar articles you may like 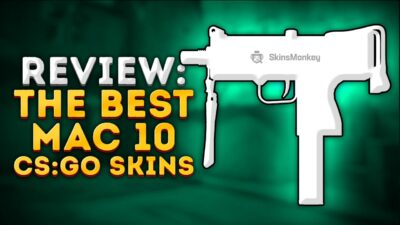 Military Armament Corporation Model 10, aka Mac-10, is a machine pistol available exclusively to the Terrorist force. The MAC 10 CSGO SMG boasts a...