How Does CS:GO Prime Work and How Can You Get It?

It is a generally accepted statement that the best of players should receive the best rewards, no matter what game they are playing and CS:GO is no exception. However, it is no secret that the CS:GO community has recently seen an increased number of cheaters, smurfs and players who try to ruin the gaming experience for others in various ways. This is not the kind of thing that regular members of the community should be faced with, especially the upper echelon of players, and CS:GO Prime is one feature that is effectively trying to improve the experience of such players, so let’s take a closer look at it and all the advantages and disadvantages that it provides.

What is CS:GO Prime Status?

CS:GO Prime is a feature in the popular shooter game that was specifically designed to make the competitive aspect of the game better. Players who achieve level 21 or higher, or decide to spend some real-life currency and purchase the Prime status will gain access to exclusive prime item drops, as well as Prime matchmaking which means that you will always be matched with other players who have the prime status. This was done as an attempt to prevent cheaters and smurf accounts from ruining the gameplay experience of other players.

While many members of the CS:GO community claim that this paywall is what diminishes the number of cheaters and smurf accounts in the game, others argue that the free to play model which CS:GO is currently using is a lot more beneficial to everyone within the CS:GO community.

How To Get CS:GO Prime Status?

All players who have purchased their digital copy of CS:GO before and on December 5th, 2019, would automatically have the prime status included with their game. Players who already owned the game would already have their phone numbers linked to their accounts. If the number was removed from an account for any reason, players would have the option to relink the old number to the account should they desire to do so. Today though, players are no longer required to have a phone number linked to their account.

Players that currently don’t have access to CS:GO Prime can simply purchase it on Steam’s CS:GO store page for the price of 13,24 euros. To do this, simply open up the Steam Store and head to the Counter-Strike: Global Offensive store page. Scroll down and select the Buy CS:GO Prime Status Upgrade and it will automatically be installed on your CS:GO account the next time you launch CS:GO.

How To Get CS:GO Prime Status For Free?

When it comes to obtaining the CS:GO Prime status, we already mentioned that there are a couple of ways that one could go about it. While players who wish to do so can simply choose to buy the CS:GO Prime status for their account, others may not be comfortable with spending their hard-earned money on such a thing.
Fortunately, players can obtain the CS:GO Prime Status for free. This can be achieved by reaching level 21 on your account. Once a player reaches level 21, they will automatically receive the Prime status on their account and will be only paired up with other players who have the Prime status. This should improve the overall matchmaking experience for the player.

“Players can attain it by leveling up to the level of 21 in Counter-Strike: Global Offensive, where prime will be automatically unlocked once reaching that threshold.”

Is It Worth Getting CS:GO Prime Status?

As we already mentioned on multiple occasions, CS:GO Prime was created in order to battle cheaters, smurfs, and other types of players who exhibit toxic and unfriendly behavior during regular CS:GO matches. The main idea behind the Prime status was that the paywall it provides would diminish the number of those players who exhibit disruptive behavior. Once an account with Prime status is banned, it remains banned forever, so players who don’t abide by the rules will have to purchase entire new accounts and a new CS:GO Prime status. In theory, all of this should result in teammates who are more communicative during matches, better players in general, and very few if any cheaters, smurfs, and other kinds of disruptive players.

“Prime status is for those who want a more serious style of gameplay, in conjunction with the competitive mode prime matchmaking can increase the abilities and learning of those who want to improve at Counter-Strike.”

In conclusion, the CS:GO Prime status was designed to help mitigate the number of cheaters and smurf accounts within the CS:GO player base. This is why obtaining the Prime status on your account will result in a more enjoyable matchmaking experience as well as higher-quality CS:GO matches.

In this article we will be focusing on providing detailed information about the CS:GO Prime status. We will go over what CS:GO Prime actually is and what kind of advantages it offers to players who have it. Additionally, we will also provide you with information on how to obtain the Prime status on your CS:GO account, as well as discuss whether it is worth obtaining it. 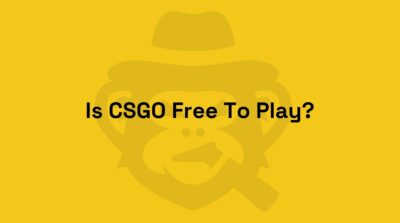 Is CSGO Free To Play?

For those of you who are just starting out in the world of CSGO, the most common question that pops up is “Is CSGO free?“. The more... 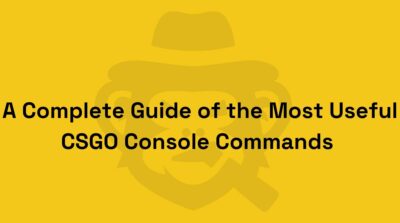 Counter-Strike: Global Offensive allows players to alter almost every aspect of the game via the use of CSGO console commands. These options can range...

It’s only natural that the biggest CSGO fans have CSGO wallpapers on their PC’s desktop. Otherwise, how would someone know that you play...