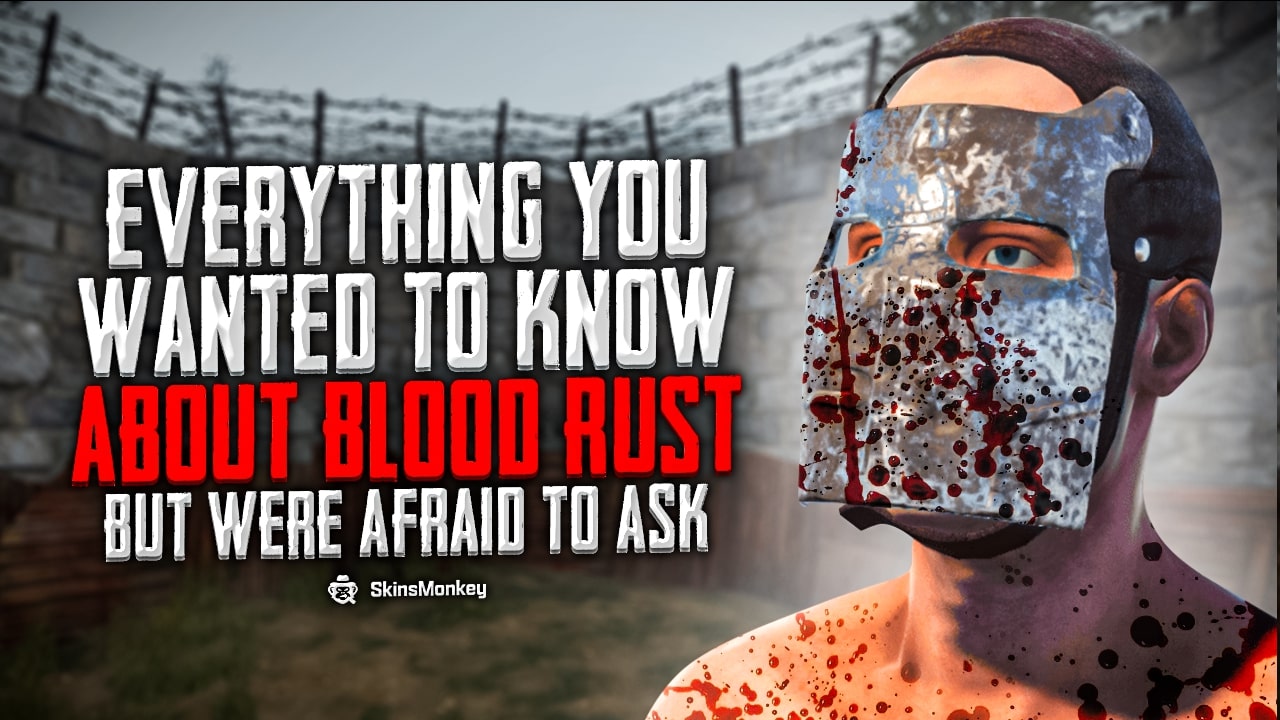 When it comes to gaming and blood, Rust can offer a lot of it, especially when you go on a killing spree. Aside from spilling blood, Rust also had a feature where donated blood could be used for medical kits and healing.

However, today things have changed. The game is not the same as it was three years ago. If you’re curious to find out everything about this game aspect, you should keep reading.

Does Rust Have Blood?

Yes, it does. Rust is one of the most realistic survival games that display blood whenever you get shot or kill somebody in-game. In addition to this, Rust also had blood as an in-game item. It was intended to be used for medical kits.

However, this item never really got popular. It never ended up being useful at all. As a result, it got discontinued and removed from the game.

What Can You Do with Blood in Rust?

Currently, you can do nothing. The blood Rust item is no longer available in the game. It may change in the future as there is a fair amount of logic behind the item.

Players can do the following with the blood in Rust:

Ideally, the plan was to create two types of Medkits, a small and a large Medkit. For the small Medkit, you’d need 2 Cloth and 2 Blood Bag. For the large one, a player would require 3 Clothes and 3 Blood Bags.

Do Not Hesitate! Check the Best Methods and Items to Farm Rust Scrap in 2022 Now. This Ultimate Guide is Your Lucky Ticket to The Rust Universe!

How Do You Get Blood in Rust?

Initially, the way to obtain blood back in the day was from Barrels, Loot Crates, dead Animals, and Airdrops.

Additionally, you could draw blood from yourself considering you had a Blood Draw Kit With this, drawing 25 health points would grant you 1 Blood.

Today there is no way to get blood in Rust. In other words, it is a useless item.

On the other hand, some modded servers in Rust still like to use this item as a currency for vending machines in the game. Who knows, maybe new releases and updates in the future will introduce this item back to the game once again.

How Do You Remove Blood from Rust?

You can remove the splatter blood effect in the game by tweaking a few simple settings. All you have to do is the following steps:

Check Also: Why Is Everyone Naked in Rust?

It will make the screen much easier to view even if you are on your last 1% of HP. With the “Show Blood” feature ON, the display gets quite dark and blurry, preventing you from clearly seeing what’s going on.

How Do You Not Show Blood in Rust?

There is also a much easier and faster method to completely remove blood in Rust. All it takes is pressing a single key on your keyboard. As a result, all the blood that is taking up your screen will instantly vanish.

Here’s how to do this:

With this new bind command, when you press “c”, the blood will instantly disappear.

If you want to bring back the blood, you can enter this command: bind b global.snowblood true.

Hopefully, this guide was able to end your search for answers regarding blood in Rust. Now you finally know the secrets behind it, how to remove it, and a little extra. On that note, you can use this knowledge to your benefit and enjoy playing Rust even more.

RELATED:  All Reasons: Why Are Rust Servers Down Explained
Similar articles you may like