How To Build A Rust Bunker Base Like A Pro? 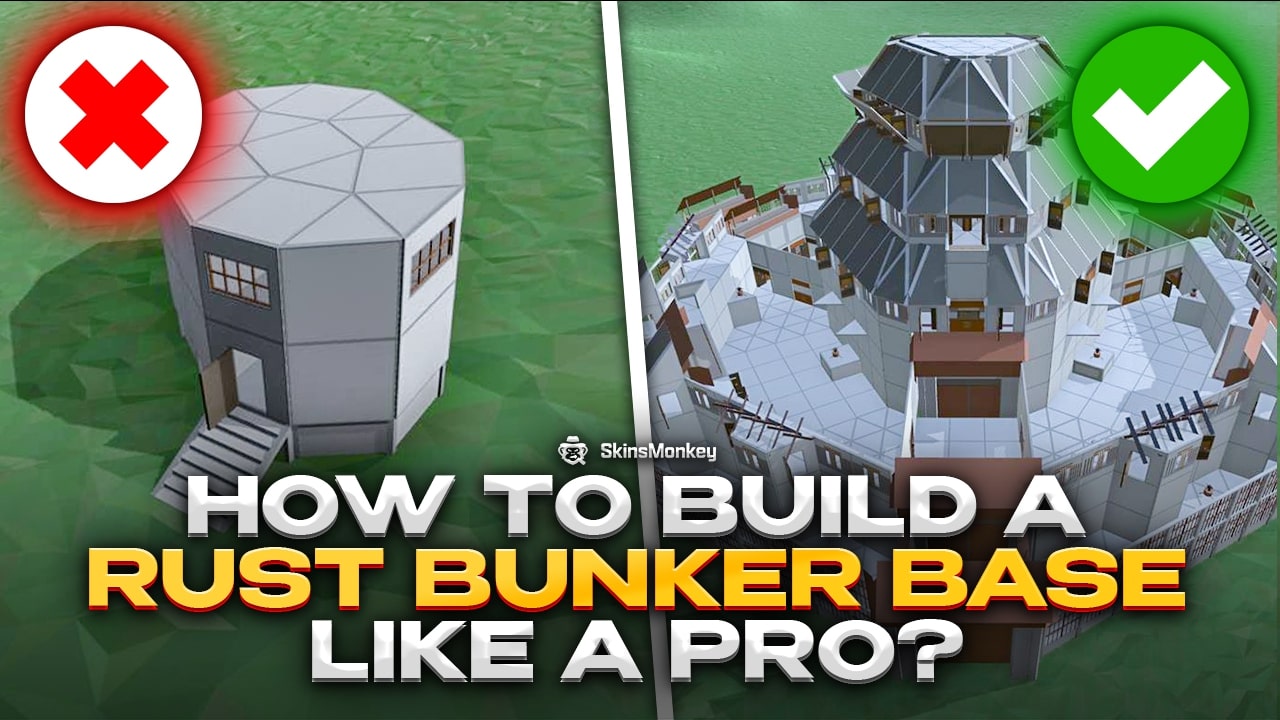 Building a Rust bunker base is one of the skills you need to master if you want to be a good Rust player. These bunkers come in different varieties and require resources to build. Some are cheap and easy to construct, while others are expensive and very sophisticated.

When building your Rust bunker base, there are principles that you need to follow if you want to be well-protected against raiders. Creating a Rust bunker base that can’t keep you alive when it matters most defeats its purpose. For it to be effective, it needs to be well designed.

What Is a Bunker Base in Rust?

A bunker base in Rust is a strategic base that increases your chances of survival. Such a base would give you a design advantage against raiders that you and you alone understand. Moreover, it will provide excellent escape mechanisms and ways to surprise the opponents.

Another definition of the Rust bunker base is a small-sized robust structure designed to store your loot. When you play Rust, you amass weapons and tools that you need to deposit somewhere. A bunker base is an ideal place for that.

Bunker base Rust tends to have a narrow path. In other words, the opponents will find it difficult to enter.

Most Rust players like to build their bunker bases with impregnable walls. Furthermore, they create them without external doors. So that, in case of a raid, the raiders need to pay a heavy price to get inside. If the raid cost is high, people are less likely to attempt it.

Read Also: What Are Rust Twitch Drops And How Do You Get Them?

These are three main types of Rust bunker bases that you are most likely to come across or build yourself.

In Rust, a simple bunker base is sometimes all you need. If you plan to store some loot and have a safe place to respawn after you die, build a suicide bunker. It’s relatively cheap and easy to construct. Such bunker bases are usually constructed where they are hard to spot by enemies.

RELATED:  What Are Rust Twitch Drops And How Do You Get Them?

If you’re a solo player, the suicide bunker is something that you should learn how to build. The deployable you need to store in it are a tool cupboard (TC) and your sleeping bag. Combined, these will allow you to respawn at this location and prevent your base from decaying.

A stability bunker is a simple base. You should build it if you are not an experienced player. Players usually seal it with some high-quality materials and wood.

Stability bunkers have two characteristics: a twig wall and an armored floor. In these bunkers, you can live together with your Steam friends. If you want to share it with your friends, make sure that the last person who leaves the bunker seals it off.

A roof bunker is the exact opposite of a stability bunker. When constructing this kind of monuments in Rust, the roof needs to be connected to a wall. In some cases, players will use TCs for their roof bunkers and place a turret.

Raiders who try to break into a Rust roof bunker base need a long time to do so. Moreover, they must have a lot of equipment such as rockets and explosives. Sometimes, players build a conditional roof bunker that can’t be opened from the outside.

Rust roof bunkers bases are easy to seal off and utilize, which is why so many people love them. On the other hand, they can be hard to integrate into an extensive base.

How Do Bunker Bases Work in Rust?

In Rust, bunker bases are safe places where you can store items. A solid bunker base will give you peace of mind and protect your loot. Many Rust bases have numerous weak points. In turn, Rust bunkers could be an effective alternative, especially for those who do not possess a garage door.

If you need a Rust bunker base removed, please keep in mind that you would need to destroy your bunker to achieve that. Currently, there is no easy solution to remove your Rust bunker base. It means that when you build it, you should not make mistakes.

How Do You Build a Bunker Base in Rust?

Whether you’re building a Rust Console bunker base or a Rust PC bunker base, these are four steps you need to follow:

Construction of the Rust bunker base costs resources. Never try to create one that’s cheap and potentially easy to break into.

If you build your Rust bunker base in a high-populated area where it attracts a lot of attention, you may get raided very frequently.

This part is hard to explain. You should carefully observe each step of the construction process to understand how to build the shelter properly. The best way to do it is via YouTube videos. There are plenty of Rust experts on YouTube. They can teach you how to build the best bunker base in Rust.

Things To Consider When Building a Bunker Base

Some of the things to consider when building a bunker base are the following:

A Rust bunker base is an essential structure if you want to excel in the game. The more designs you learn, the better equipped you will be to deal with any situation.