All You Need To Know About Rust Stone Wall 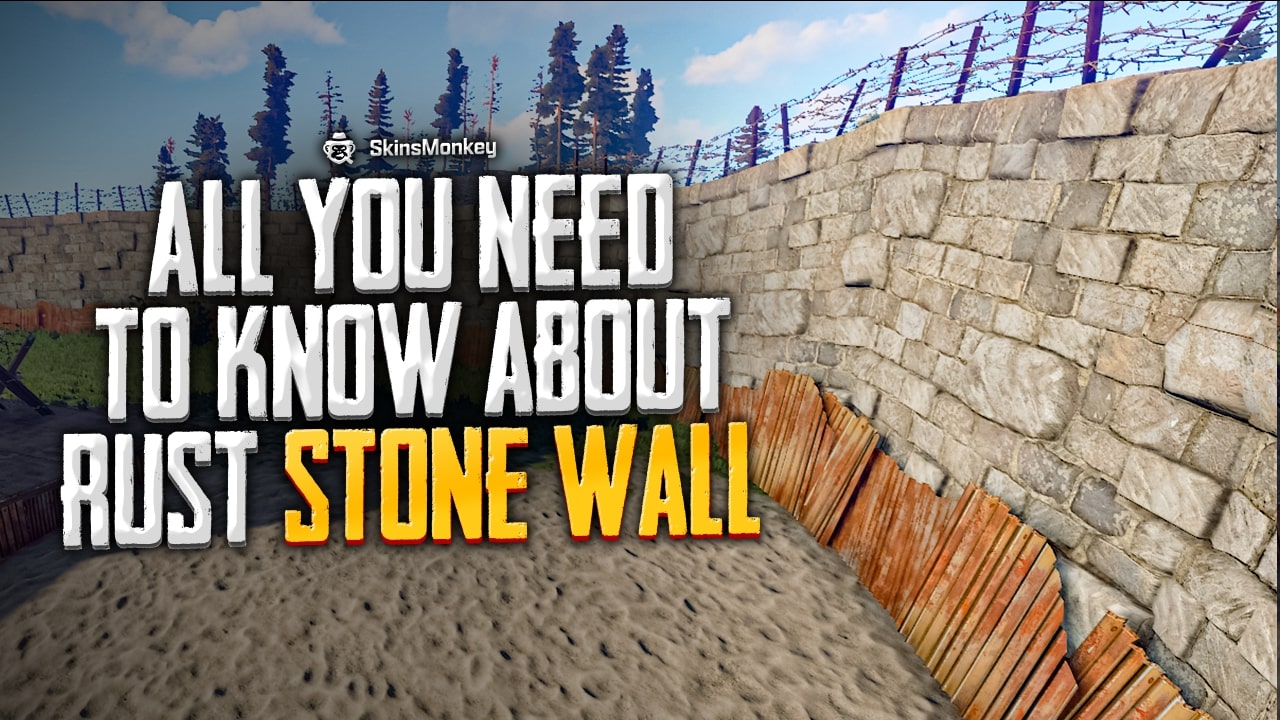 The Rust stone wall is a highly efficient way to protect yourself. If you’re just getting started and need to build a base fast, read this tutorial until the end to discover all tips and tricks related to the stone wall in Rust.

It’s significantly better than the cheap twig walls. For example, the Rust stone wall is fire resistant. That makes it quite expensive for other raiders to destroy it from the outside.

However, you should pay into an account that has a soft side the Rust. It’s also known as the weak side, meaning it takes significantly fewer resources and time to destroy the Rust stone wall from the soft side.

The Rust stone wall guide will teach you everything you need to know, such as how to craft or destroy stone walls.

These walls are massive, spanning 4 meters tall and 2.5 meters wide. To take full advantage of these walls, you should put the following tips into practice:

What Can Damage Stone Walls Rust?

Excluding fire, there are plenty of other weapons and items you can use to demolish and destroy stone walls in Rust.

Here, you will find a list of the most effective ways to damage and destroy a Rust stone wall.

Melee weapons are significantly less effective for destroying stone walls in Rust. However, they are also much cheaper and easier to get at the beginning of the game. As a result, you might waste less time using this weapon than trying to obtain or craft Rust explosives.

NOTE: All of the weapons below deal less than one damage to the hard side of the stone wall in the game. As a result, it will require time to destroy a single wall.

The five most effective melee weapons for destroying Rust stone walls are the following:

You can also use tools to destroy the stone walls of your enemies or your own base’s walls in Rust. However, keep in mind that Tools are even less effective than Melee Weapons for this sort of mission.

In any case, the five most effective tools you will want to use here are:

Metal walls are better than Rust stone walls in every way.

The main difference between these two types of walls is the difficulty of destroying them.

Metal walls have 1000 HP (health points) in total, which is 500 more HP than what a stone wall has. Metal walls are also flame resistant, but they are almost immune to tool damage, unlike stone walls which can be destroyed with enough hits by a pickaxe or similar tools.

In regards to explosives (the deadliest of weapons in Rust), it takes a whopping 23 Satchel Charges to destroy a metal wall. If you were wondering in Rust how many Satchels for a stone wall, it only takes 10 of them.

Rust wood walls are much weaker, cheaper, and easier to destroy than stone. Wooden walls are also not resistant to fire. They are vulnerable to some hatchets and have significantly less HP (250) than a Rust stone wall.

As a result, you should never rely on a wood wall in Rust to protect you for too long. It’s wise to consider upgrading to a stone wall as soon as you can gather enough resources. The fire resistance, extra health points, and the extra protection stone walls offer.

When comparing Rust wood walls vs stone walls, you should remember how easy it is to destroy a wood wall based on what the Rust raid chart has to show below.

If you’ve recently stocked with questions like, “how many spears for a stone wall in Rust?”, or “what deals most Rust stone wall damage?”, now you know!

To sum up, here are a few things you should remember from this guide.