The 5 Most Expensive Skins in Rust 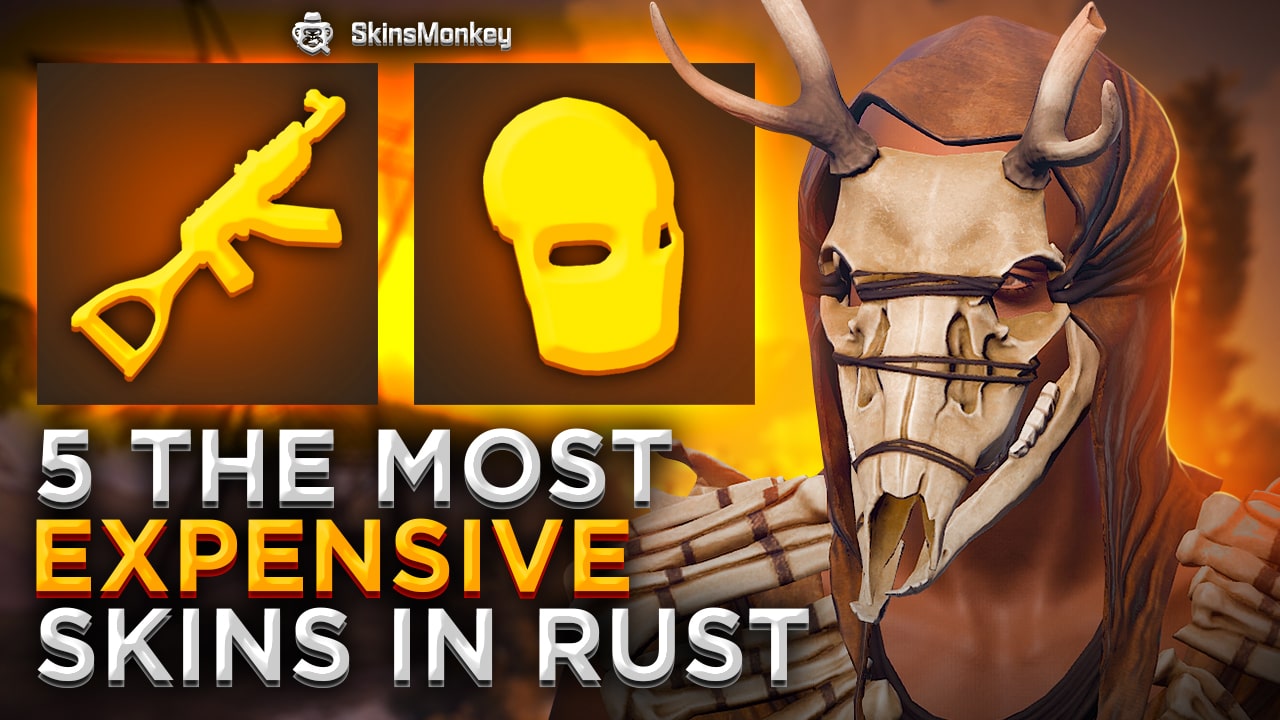 If you’re new to buying, selling, or trading Rust skins, then there’s plenty to learn regarding how all of this works. Among the most asked questions is how so many people are willing to spend thousands, even tens of thousands of dollars on some of the most expensive Rust skins that have ever been released. Well, there can be many reasons, among which the most logical may be that some people simply have money to spare.

Regardless of what the reason is, you’d be astonished to know how expensive Rust skin items can get. And, it’s not just Rust. CSGO, Dota 2, and many other games feature skins that cost more than some people’s houses.

Well, if this sounds intriguing at all, then here are five of the most expensive Rust skin models that will really make you wonder why they cost so much.

Coming in at close to $500, this is not a price tag that’s to be taken lightly. It’s still a considerable amount of money but it doesn’t come even close to the number one most expensive Rust skin on this list.

Nevertheless, with its premium purple and gold colors, this skin and its lookalike, the Tempered Mask, are some of the most gorgeous designs that exist in Rust. They aren’t exactly free Rust skins but the Tempered MP5 is still considered an affordable choice for many users, even though it is in the top 5 most expensive Rust skins currently out there.

Cutting it very close to the Tempered MP5’s price tag is the themed Rust sleeping bag known as the Horror Bag. This is definitely a unique Rust skin that deserves to be in the top 5 most expensive skins on the Rust market. Thanks to its unique design, the Horror Bag is the perfect Rust skin to have during the Holloween holidays. What’s even better is that you might probably run into some nice discounts if you’re considering to buy Rust skins during that particular time of the year.

Some might argue that this skin isn’t worth all that money, but it still hasn’t dropped in popularity and its price has remained the same for quite a while, proving many of them people wrong.

Moving up the price list on the Rust skin market, this is another Rust skin for the Metal Facemask. It features a darker design with white teeth. It’s a relatively discreet design that allows some level of extra camouflage inside the game.

On the other hand, given that this Metal Facemask skin is so popular, it’s going to be hard not to get spotted. But, many Rust players don’t seem to mind as long as they are seen wearing the most expensive Rust skin. Well, it may not be the most expensive, but it’s pretty high up on the list.

But, if you thought that this is an overly expensive skin in the Rust game, then wait until you see the following two skins.

Here is a Rust skin that countless players are dreaming to have in their Steam inventory. However, the Alien Relic SMG skin is also one of the rarest skins in the game. In addition, it’s also one of the most famous weapons skins, which adds to its price tag rising up so high.

Aside from its rarity and popularity, this is also among the most nicely designed Rust skins out there. It’s clean, slick, has great colors, and makes the weapon stand out much more. All in all, this is a unique submachine gun skin that no sane Rust player will ever refuse.

Also adding to its popularity is the fact that this skin is designed and created by a famous Youtuber known as Rcham. He’s also a famous Rust player who likes to use this skin and dominate in the game. So, the next time you see this skin on the Steam marketplace just think about how cool you’d look having seen how Rcham performs with it on the battlefield.

And last, but definitely not least, the all-time heavyweight champion when it comes to really expensive Rust skins – the Punishment Mask skin for the Metal Facemask in Rust. The Rust community tends to go crazy when it comes to this skin. It seems that some of the most popular skins in this game are for the same item.

Nevertheless, the Punishment Mask definitely deserves its title thanks to its scary realistic design. If not for its looks, it’s still among the most expensive skins thanks to its popularity and rareness. Out of so many skins in Rust, this one is probably the hardest to come across. However, when you spot a player wearing it, you better ask them how they got it because it truly takes some skills (or a lot of cash) to get this item in your Steam account.

Now you know what affects the prices of a few of the most expensive skins in the multiplayer game Rust. And, as we mentioned, there are even more expensive skins that belong in other popular video games like CSGO.

Owning valuable skins has become a huge trend, one that’s most definitely worth investing in. So, if the opportunity arises, grab yourself one of these Rust skins and hold on to it until its value rises again. Chances are high that they won’t stop losing value any time soon.