What Are the Best Skins in Rust? 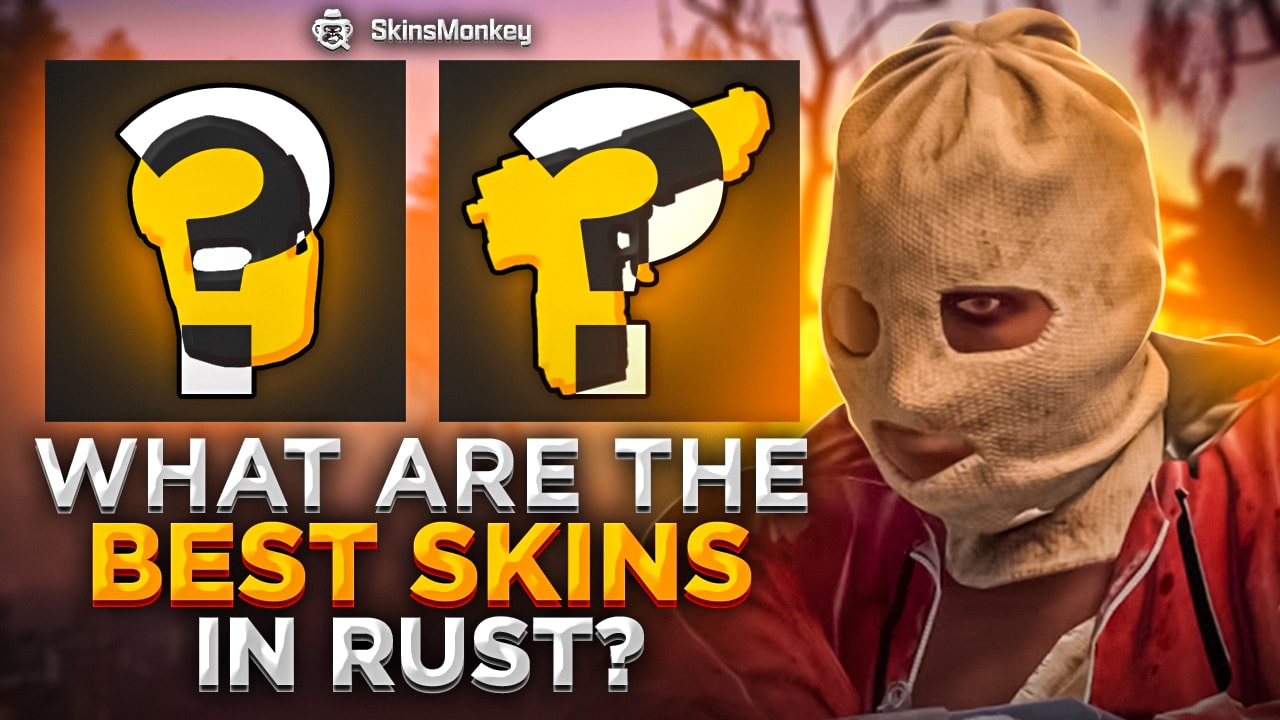 When it comes to gaming, most players are always on the hunt for the best skins and items. Similar to the real world where we want the best fashion items, players in the world of RUST will always look for the best RUST skins to customize their character and weapons. Well, you’re in luck, because you’re about to discover a few of the best weapon skins, clothing items, and tools that a RUST player can have in their possession.

If you’re ready to see which RUST skins players are currently going crazy about, then let’s dive in.

Spotting the Tempered Mask skin in RUST from afar is very easy thanks to its fairly bright and unique design. Even despite that, many players still don’t care that it prevents effective camouflage. They just want to look cool regardless of whether they win or not.

The Tempered Mask is a skin that’s applied to the Metal Facemask in RUST. You can use it after you’ve crafted that item in the game. Its current price is somewhere between $200 and $250 on both Steam and similar marketplaces. You can either buy or sell this item with similar price tags and know that this skin is definitely worth its value.

Whether you have it or not, this Metal Facemask RUST skin is still among the best and most desired items in the game. Countless players want it and it doesn’t seem to be getting any less popular any time soon. So, if the opportunity finds its way to you grab yourself a Tempered Mask RUST skin before it’s too late.

Unlike the previous skin, the Emerald Knife is a skin for the combat knife in RUST. It takes the standard and bland look of this weapon in the game and turns it into something that looks premium, attractive, and much more desirable.

Despite its gorgeous looks, you will probably be happy to know that this is also significantly cheaper than the previous skin we showed. So, its staggering looks, its affordable price, and its popularity in the game definitely make this Combat Knife cosmetic one of the best RUST skins around.

If you’re looking to buy RUST skins, checking the original price on Steam first is advised. Then you can compare if it is available for cheaper somewhere else or if other players are offering to trade it for similar items. Currently, the Emerald Knife skin is worth somewhere around $2. You can also trade skins using Rust skins trade bot such as SkinsMonkey.

Out of all the different skins for the Semi-Automatic Rifle in RUST, the Blood Dragon Assault Rifle skin seems to be the most popular among the majority of players. Why is that?

Well, the first thing we need to consider is its design. The entire weapon has been painted using red dragon blood but the stock and the magazine of the weapon are its most appealing parts. There is a dragon insignia in the middle part of the rifle and very detailed and appealing scales on the magazine.

It’s very hard not to love this amazing skin. But, what makes it one of the best RUST skins out there? Well, on top of being a very appealing RUST skin, it also doesn’t cost too much and is relatively affordable for most players. You can currently find it with a price tag at around $4 on Steam and any similar marketplace where you can find skins for sale.

Overall, if you want to kill your enemies in RUST with style, then this skin combined with the Semi-Automatic rifle, one of the most popular weapons in the world of RUST, is the best way to do it. With its low recoil, decent damage, and this outstanding skin design, this will definitely become one of the best guns in your weapon arsenal in RUST.

When it comes to plain and boring items in RUST, the standard Bone Club is as boring and dull as it gets. However, there is a way to spice up its look and still allow it to keep its bone texture and feel. It’s called the Little Nightmare skin and it makes a few exciting adjustments to this item’s look.

First of all, simply looking at this skin is enough to strike fear in the eyes of your enemies. It gives the Bone Club a staggering upgrade by improving how it looks. Now, instead of resembling a plain old bone, this RUST weapon has a scary undead face with eyes that glow, ensuring a much more exciting battle experience.

RELATED:  All You Need To Know About Rust Fly Command In 2022

Second, the Bone Club weapon skin is worth approximately a single dollar on the Steam marketplace. Yes, this cool skin is worth a significantly low amount of money which makes it easily accessible for almost any player. So, if you’re looking for a cheap RUST skin that you know is popular in the world of RUST, then this is one skin that you can’t afford not to own, especially with its current price.

For any RUST player who wants their weapon to have as much power and destruction potential as possible, then the Rocket Launcher is definitely the way to go. But we aren’t talking about the boring old design it used to have. No, the Gothic Reception skin makes each battle fought with this weapon much more awesome and worthwhile.

The Gothic Reception Rocket Launcher RUST skin gives this weapon a much more detailed look. Instead of looking like a cheap weapon that can’t even kill one enemy, it now truly resembles something that has enough firepower to take down buildings, players, animals, and anything else in its path.

It may be difficult to purchase the actual Rocket Launcher weapons in RUST, but buying this skin on Steam will be quite easy given that it only costs close to $2, making it one of the most affordable and best skins in the RUST game.