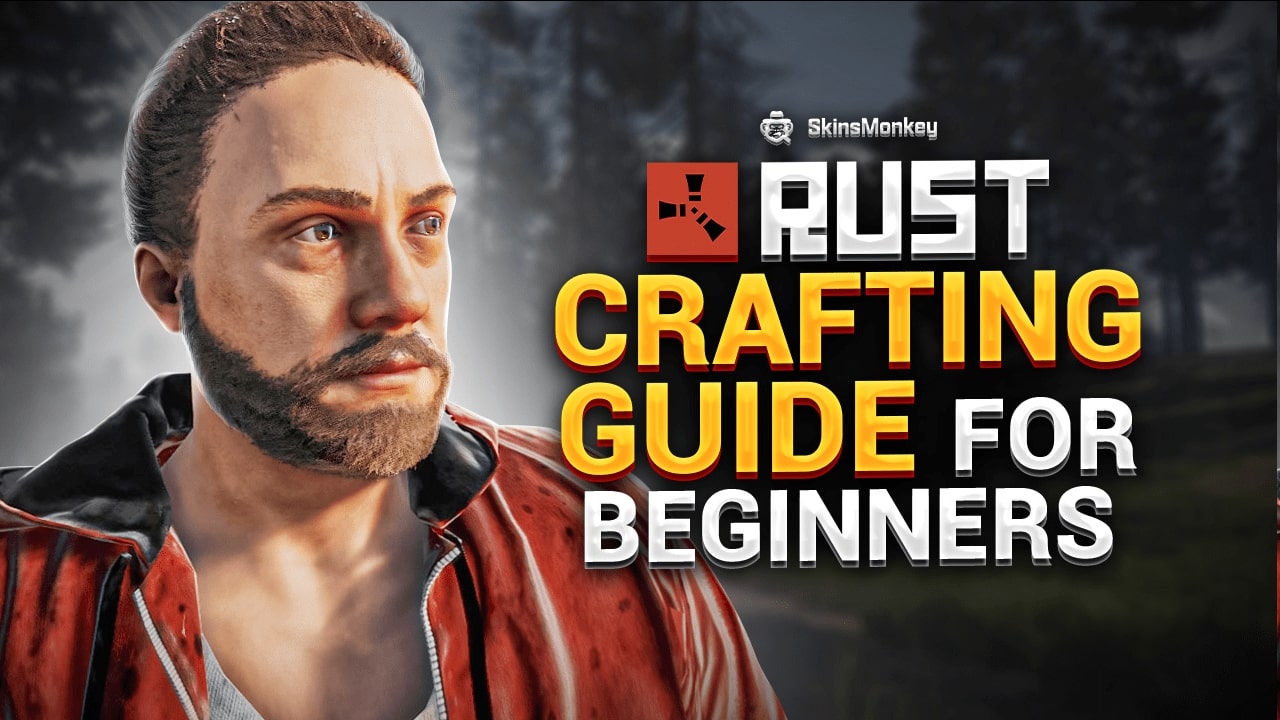 Rust is an exciting survival game. In the game, players have to craft equipment by collecting materials in order to survive. Otherwise, users can easily be hunted by other enemy players and lose everything from their inventory.

That’s exactly why we decided to prepare a detailed Rust crafting guide for you covering the most important aspects related to crafting.

What is Crafting in Rust?

In short, crafting is a process of transforming any in-game materials into usable Rust tools or equipment. Normally players spend plenty of time crafting new items in Rust. While some categories of rust items are easy to make, others could be quite challenging to produce.

So, we can highlight several levels of crafting in Rust:

How to Craft Items in Rust?

Thanks to the four simple steps you can be confident the art of Rust crafting is mastered. These steps includes:

In essense, to learn the crafting recipe of an item, you must first find that item in the game. After you find the item, you should come to the Research Table and research that item in exchange for Scrap. When the research process is finished, the item will be deleted and added to your Crafting menu. If you have all the necessary materials, you can produce the item by opening your crafting menu.

Essential Items To Survive in Rust

The most important thing you need to do from the first moment you start playing Rust is to build a base for yourself. You can also use various construction elements to do this. First of all, we would like to remind you that you need to produce a “building plan” from the common section on the crafting screen. Now let’s take a look at all the items you can craft under the Construction category:

An item that you can use to build your own base. A menu opens where you can view various construction techniques when used.

It is the most indispensable element of the game. As it is usually placed more than once inside or outside the base. Because it does not allow anyone but you to build anything near where you place it.

In the beginning level of the game, you may need to use Wooden Door to protect your house. No Workbench required and you can craft using only x300 wood.

It functions the same as the Wooden Door, the only difference is that it has two doors. For this you have to build the floor from the building plan.

It is one of the most used construction items in the game. Garage Door is extremely useful for you to move around more easily when your base is raided. Metal fragments and x2 Gear are used in its production. Additionally, you will need Workbench Tier 2.

Guns are an integral part of the Rust competitive landscape. Thus, it is extremely important that you craft weapons. Now let’s take a look at the weapons you can craft:

There are two types of spears in the game. The first of these is Wooden Spear and the other is Stone Spear. Players generally use Wooden Spear as basic items at the beginning. Stone Spear is not preferred much.

It is one of the most used weapons in both the beginning and middle parts of the game. If you manage to headshot most of the opponents, it is possible to kill them directly. Therefore, everyone who is new to the game should take care to make a hunting bow first.

Another type of bow added to Rust in 2021. Wood, Metal Fragments and Rope are used in its construction.

It is a basic item that you can make from the bones you get by cutting animals.

As in the Bone Knife, you can craft this item by using the bones you get from animals.

You can craft this using Metal Fragments. For this, you need to research first.

Another melee weapon in Rust that you can use by researching with Blueprint.

It is a weapon that can inflict high damage in close combat that you can use by researching it again.

The next category in our Rust crafting guide is  tools. From first to last, we will list basic tools and then better tools.

Rust Attire for The Early Game

From the first moment you start playing Rust, you can wear clothes to reduce taking damage. You might notice that there are many types of these clothes. Those types generally vary according to the armor provided by the clothes.

If you are new in Rust, we recommend to have a closer look at the following types of wooden armor in Rust:

Luckly, wooden armor is quite easy to produce thanks to the abundance of trees in the game. It also provides a decent level of protection from simple melee and ranged weapons such as Spears and Maces.

» Are you curious to know what are TOP 10 Rust armor items? Find out some of the best armor pieces for the early game.

The world of Rust is brutal and extremely competitive. The enemy can attack and kill you anytime. In order to prevent all these, the medical items in Rust are very important. As Skinsmonkey, we wanted to add Rust crafting Guide medical items.

Other Items You Can Craft in Rust

So, we have listed almost everything in this Rust crafting guide. Now we will list other frequently used items in the game.