Gamer’s Guide: The Most Useful Rust Console Commands In 2022 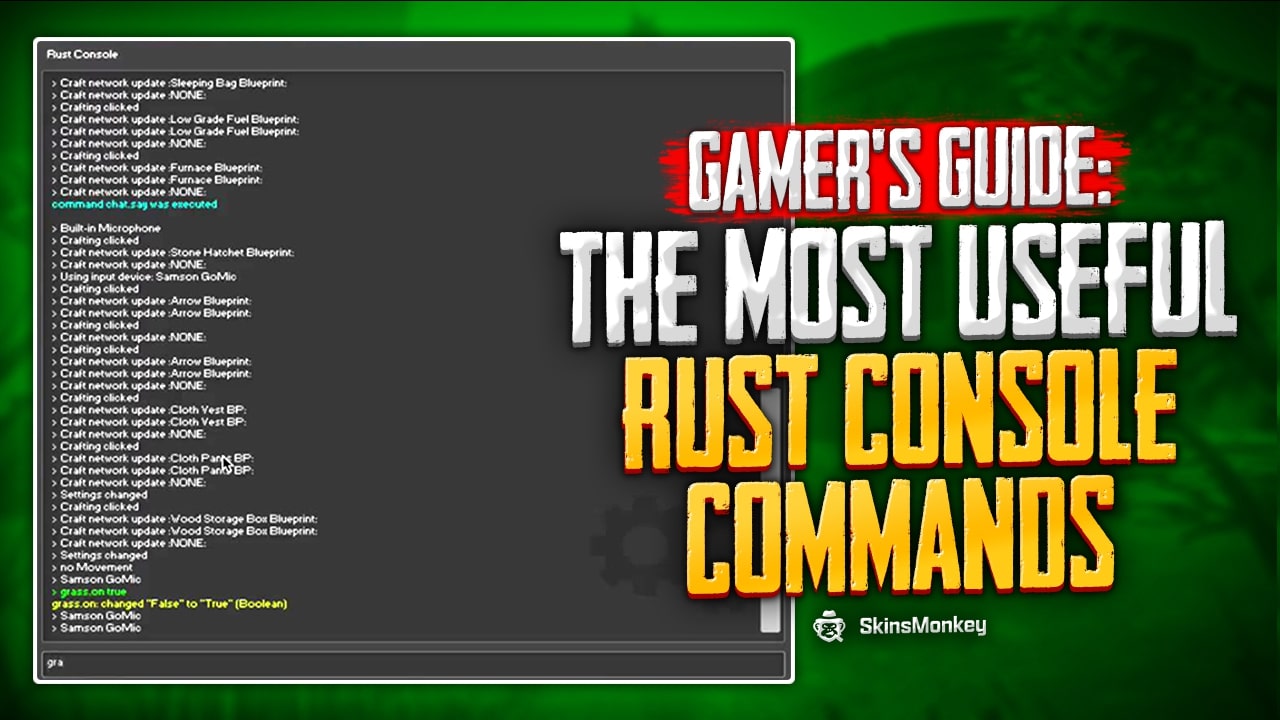 Rust console commands are features that allow you to make a change in-game instantly. They are essential for two reasons:

With this in mind, there are also two types of Rust console commands. This includes regular commands everyone can use to change graphics or similar settings and server admin commands that allow admins to have complete control over most server settings in Rust.

Without further ado, let’s finally get into the list of the best and most useful console commands in Rust.

Anyone can open Rust’s in-game console and use server commands that do not require admin privileges. The list below includes very useful commands that display your screen FPS and ping. What is more, they give you access to many other important features.

Most Rust server console commands are especially useful for Twitch streamers. They give you quick access to plenty of important features.

However, Rust’s console commands that are not with admin privileges will not let you modify or change anything that would affect other connected clients, or players, on that server.

Rust admin commands are a bit more advanced and offer much more control over the game. They let you enter a so-called God Mode where you have total control over all currently connected clients.

To clarify, you will be able to instantly spawn vehicles, use Rust admin commands to fly freely across the map, ban any users who deserve it, teleport players, and much more.

With this in mind, you should never abuse your admin privileges with these specific commands. They are meant to help maintain Rust servers and ensure your server is only populated with respective players and not griefers.

This is your list of some of the most important Rust console commands you’re ever going to need.

💡 Tip: If you’re using true/false or commands with numbers, there’s no need to add brackets or quotation marks. Simply type the true/false variable or the number after the command and hit Enter.

RELATED:  How To Fish In Rust? - A Practical Guide

How do I Enable Commands in Rust?

If you’re asking yourself how to use Rust console commands, the answer is pretty simple.

First, press the F1 key on your keyboard. The Command Console will open up where you can type in any command and click Enter.

With the F1 command console, you can input commands that affect server settings, commands that edit the console itself, default value commands, and similar.

However, keep in mind that you have to be connected to a server before you can put most of these Rust console commands or admin commands to use.

If you have your server or possess admin privileges on someone else’s Rust server, you can use any Rust console commands you’ve seen here to effectively maintain the server.

In addition, you can also use many of the above commands to improve your gameplay even if you are not an admin on any Rust server.