All You Need To Know About Rust Fly Command In 2022 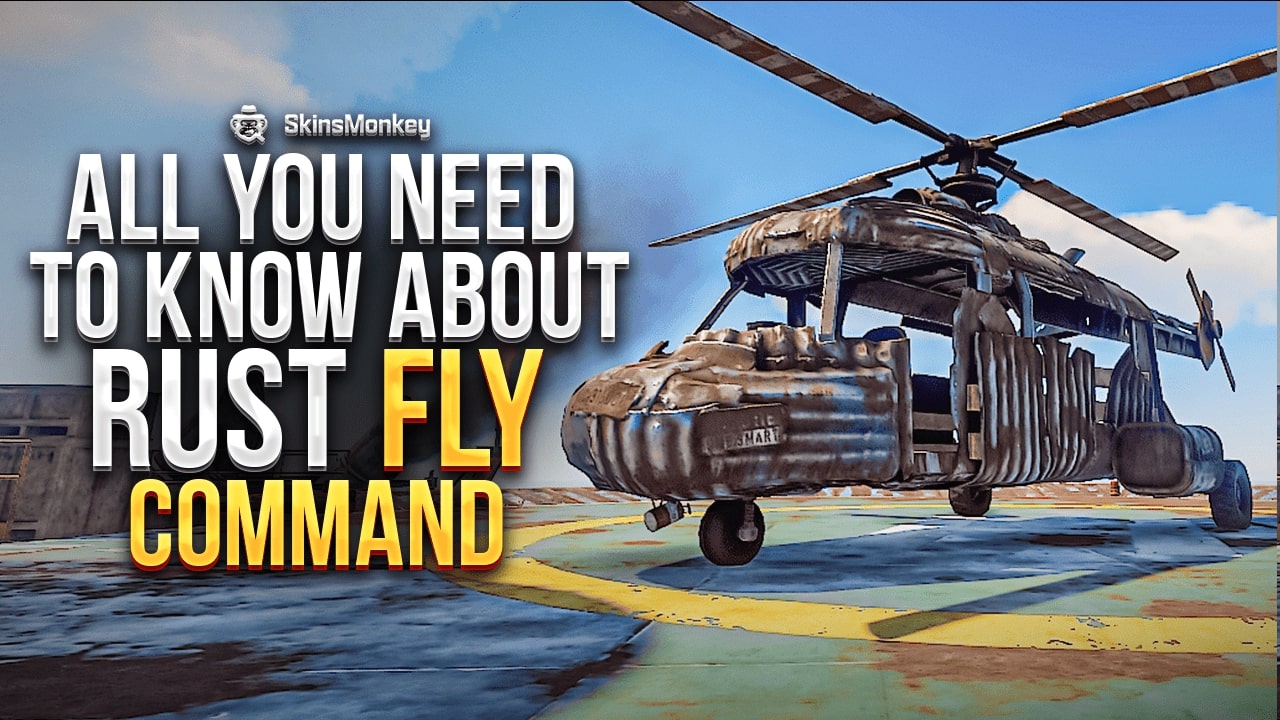 The Rust fly command gives you the exceptional ability to freely move around through the vast world of the game. With this command, the laws of physics do not apply to you. However, you can still get hurt easily.

With this in mind, let’s explore the topic in further detail and find out how you can benefit from using this special Rust command to fly.

Can You Fly in Rust?

Yes, it is most certainly possible to fly in Rust and explore its massive world from the skies. In fact, there are two different methods to take flight in Rust:

How Do I Open The Console in Rust?

You can open the command console in Rust by pressing the F1 key on your keyboard.

This will instantly open the console where admins can input various commands to affect and modify the game. If you are an admin on a server, you need to be careful of admin abuse, so don’t overdo it with the command console.

In addition, other members that can open and use console commands in a Rust server are moderators. Some servers also allow the players themselves to input these commands. However, these servers are rare and are mainly related to testing base builds in Rust.

Fly in Rust – The Special Command to Do It

The long-awaited Rust admin fly command you need to type in the command console is noclip. It is also called the Rust noclip command based, obviously, on its name.

This type of command is actually not unique to Rust. Many other games, such as Minecraft and Skyrim, use it to let players enter a sort of God Mode in-game. In other words, you’re basically able to roam around the entire map freely without any barriers and obstacles.

Even though the noclip command lets you enter God Mode and fly in Rust, you are still not invincible. Make sure to be careful in the following scenarios:

If you want to stop flying in Rust and turn off the noclip command, you can do so by following these steps. Press F1 to open the command console and type in noclip once more. This will instantly disable the noclip command and turn everything back to normal.

Other Useful Rust Codes to Fly Like a Bird

If you play a lot of Rust, you will notice that taking advantage of quick commands and codes will make the game a bit easier to handle. As a result, below you will find a useful list of console commands that you can use in-game.

Mainly, these commands are similar to the fly, or noclip command, and will help you get around the map faster.

Let’s mention this again. Make sure you don’t encourage admin abuse with these commands. As administrators, you can take advantage of them in certain cases where you need to fix an issue or deal with griefers.

In the earlier days of Rust, you could use shortcuts like Shift l to instantly enable or disable this feature, until Garry removed this option from the game. However, today you can also bind the noclip command to a key by using a command such as bind l noclip.

In any case, this is the ultimate guide on how to fly in Rust. Now you know that it’s easy, simple, and fast. The main downside is that you have to be an admin to use the fly command in Rust.